Updates to Tom's profile since your last visit are highlighted in yellow. 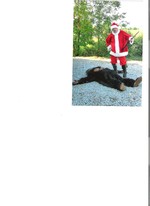 Tom Dameron is alive and well—or, as well as you can be as a sexagenarian.

After leaving High School Tom went to Miami of Ohio to pursue his great passions: swimming, wearing Speed-Os, and impressing women by swimming and wearing Speed-Os. After several years in this pursuit he was advised of a little known university rule that required students to occasionally attend classes—without wearing Speed-Os.

Realizing Miami no longer appreciated his services; Tom decided to further his swimming aspirations by joining the elite Seal Program of the U.S. Navy. Tom quickly grew tired of this regimen realizing that being rewarded with a raw fish every time you did something right was no way to treat a sailor.

Upon his discharge, and legal exclusion to entering the State of Michigan (that’s another story—maybe some other time), Tom set sights for the beach—Ft.Lauderdale, Florida. Ft. Lauderdale, in those days, was a safe home for miscreants who drank, liked to swim, chase co-eds, and wear Speed-Os. Acknowledging this great opportunity, Tom immediately assumed an alias, became a lifeguard/bartender, and did what he did best—heckle the public on a daily basis.

Maturing rapidly over a period of 10 years, Tom moved away from such frivolous behavior and took his act, Speed-Os and all, to Atlanta, Ga. and set up shop as a full-time fool and door-to-door pantyhose salesman.

In the early 80’s, Tom found himself in love and he promptly married the dream-girl of his life, “What’s Her Name, Number 1.” The union lasted almost 5 months and for that reason she only rated a “number” not having stayed around long enough to merit a name.

All those wild days are behind him now—except for the Speed-Os which are, in fact, stuck behind him. Proving that you can take the boy out of Ohio but you can’t take the Ohio out of the boy, Tom currently resides in Cleveland, Ga., famous for beautiful scenery, spectacular wildlife, and women with few teeth.

Tom welcomes all inquiries, especially if you are a female classmate who weighs less than 300 pounds—preferably with a dead husband who left you well-off. He also requires a physicians note assuring that any applicant has successfully completed menopause. If this doesn’t apply, send your daughter. He just got a new pair of S-Os for Christmas and there’s cold beer in the frig.

Fun photos Tom. Glad you found them. Keep them coming

Back to Tom's Profile Details