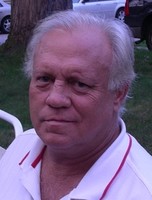 GREGORY C. MATTHEI age 68, husband of the late Debbie Stazen-Matthei, beloved father of Gregory (Janice) and dear grandfather of Serena. Friends may call on THURSDAY DEC. 17, 6-8 P.M. at the BAKER, OSINSKI, KENSINGER FUNERAL HOME 206 FRONT ST. BEREA. In lieu of flowers memorials in his name may be made to the APL

GARFIELD HEIGHTS, Ohio -- The Garfield Heights man who died early Tuesday (Decemeber 8, 2015) in a house fire was a longtime resident who was quiet but friendly, his roommate said.

Gregory C Matthei, 68, died in a fire at his home on Garfield Boulevard, the Cuyahoga County Medical Examiner's Office said.

Rick Jaberg, who lives on the duplex's first floor, said he woke early Tuesday when he smelled smoke.

Jaberg went outside and met several Garfield Heights police officers. They attempted to enter the house's second floor to find Matthei, but the smoke was too thick, Jaberg said.

Firefighters arrived moments later and pulled Matthei from the house. They took him to Marymount Hospital, where he was pronounced dead.

Jaberg, who is close friends with Matthei's son, moved into the house four years ago when the son moved out. Matthei lived in the house for approximately 20 years, Jaberg said.

"He was a nice man. He was pretty quiet, and he kept to himself," Jaberg said.

Neighbors said Tuesday that while they did not know Matthei well, he was friendly when they passed him on the street.

It's unclear what caused the fire. The Garfield Heights Fire Department and State Fire Marshal's Office are investigating.