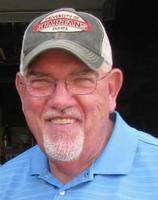 George D Behrend, age 74, passed away peacefully on March 3, 2022, surrounded by his loving family. George was born Aug 26, 1947 in Cleveland OH, to parents George A Behrend and Olga Gruszczynski Behrend. George grew up in Brook Park OH and later moved to Olmsted Falls OH, Brunswick, OH, and The Villages FL, his "Happy Place".

George's greatest joy was his family, and he took great pleasure watching his daughters grow up to be loving, compassionate and successful young women. But his grandsons, Patrick and Michael, were his ultimate joy. He was their "Tickle Gramps" and treasured every minute he spent with them. Gramps was their biggest fan, attended their lacrosse and hockey games as often as possible, and was exceedingly proud of the outstanding young men they became.

George's mantra was "Service to humanity is the best work of life," and he lived his life giving to others. George was an active member of Redeemer Lutheran Church, Brook Park OH. As a youth he was a member of Luther League, on a local and district level. He was a member of the Senior Choir and served for over forty years on Church Council, including President of the Congregation. George's friends at RLC were family to him. After moving to FL, he remained in contact with RLC and the activities of the congregation, always keeping their ministry in his prayers.

As a young adult, George joined Parma Jaycees and Olmsted Community Jaycees, serving in various local, regional, and state positions and was named US JCI Senator #28673. Following his Jaycee career, he joined the Kiwanis Club of Olmsted Falls as an active member and committee chairman, and served as Treasurer for 12 years. He received Layman of the Year, several Kiwanis Legion of Honor Awards and a Hixson Fellowship. His Kiwanis friends were a supportive group of lifelong "brothers". George also served as President of the Olmsted Falls Democratic Club and was a trustee with Youth Challenge. In his spare time George loved to golf and proudly scored a hole-in-one at The Villages in 2018.